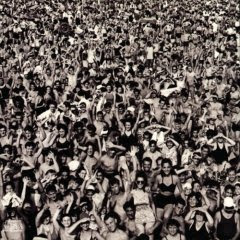 This is supposed to be the album where George Michael goes more serious and completely leaves his origins in Wham! behind... well maybe he shouldn't have, Faith was the right amount of move away from bubbly pop. This step further really doesn't do him many favours.

Faith is never plodding, this sometimes gets there, it is not George Michael's element, but even so he makes as good a job as he could. There are some great songs here, the best being Freedom but it is telling that the other great one is actually a cover of a Stevie Wonder song, and quite a faithful one at that.

So, yes, Michael moved a bit too much to the serious side, and it is understandable that if you consider yourself an artist you would want to be taken seriously, this is reflected in the title of the album and the new direction, but he lost something in the process.

Michael refused to appear in many of the music videos that accompanied the singles released from this album. As a result, the little-seen video for "Praying for Time" simply consists of the song lyrics against a dark, ambient background, while the video for "Freedom '90" featured several famous supermodels lip-synching to the track instead of the absent Michael. It featured the literal destruction (by fire and explosions) of several icons from the artist's Faith period and was directed by David Fincher, an acclaimed promo director hot off the success of Madonna's "Vogue" video. Fincher would later go on to become a high-profile and critically acclaimed mainstream Hollywood film director.


Here's the link for Freedom, as embedding is disabled
Posted by Francisco Silva at Friday, August 29, 2008