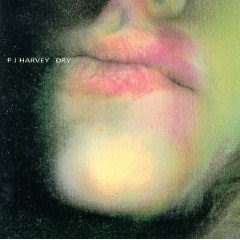 Ms. Harvey has always been a cool lady, this album is no exception. She is a part of the great triumvirate of early 90s female singer-songwriters together with Tori Amos and Bjork. Fortunately and interestingly none of these are copies of each other or even in the same musical medium.

Harvey is very much in a rock idiom, but in a laid back, sultry but quite aggressive rock, which manages to be all these things at the same time. There is a feeling of repressed emotion just waiting to explode in all of the tracks in this album, this makes it actually pretty effective.

Unlike many albums of this time, including those by other female singer-songwriters, Harvey has aged like a good vintage, it does not sound out of place or badly aged in 2008, it sounds just right. If there is one word to actually define this album it is "cool", Harvey keeps the whole thing simmering just below boiling point in a way that really gets into you. At first it might even seem quite strange, but after repeated listening you'll want to add this to your library.

Speaking to Filter magazine in 2004, Harvey said of her debut album: "Dry is the first chance I ever had to make a record and I thought it would be my last. So, I put everything I had into it. It was a very extreme record. It was a great joy for me to be able to make it. I never thought I'd have that opportunity, so I felt like I had to get everything on it as well as I possibly could, because it was probably my only chance. It felt very extreme for that reason."

I like the PJ Harvey I've heard a fair bit (songs from Uh Huh Her that go played on the radio), but the only album of hers that I've heard in full is Rid of Me, which I liked but was kind of stopped from loving by the production. So I guess my question is - what album would you recommend?

Tom: I don't know yet, I was never that much into PJ Harvey, I have heard many of her albums but never really as attentively as I will for this. I am getting into it now, so we'll see... Rid of Me is coming up soon... although I usually like Steve Albini as producer.