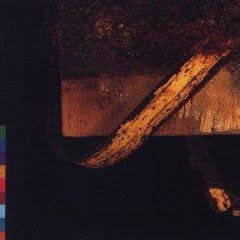 I have heard plenty of Qawwali, in fact my third year dissertation at university was on the Qawwali songs of the Nizamuddin Auliya in Pakistan. That leads me to two conclusions when listening to this album, firstly it is quite pleasant and all nice music, secondly it is a terrible adulteration of what Qawwali is all about.

Qawwali is a distinctly Sufi music style that is meant to lead the worshipper to an almost spiritual ecstasy in remembrance of God, it is usually performed with drums (table or dholak) and harmoniums. What the fuck is the little flamenco guitar doing here? It simply does not belong. Also why is Nusrat's voice so prominent, Qawwali usually has a much more even distribution of vocal parts, but here star power matters.

This has led me to a conclusion about much of the "World Music" included on this list. It's an imperialist music list, the only "World Music" deemed acceptable is that which has been appropriately westernised. It seems to hard to accept other musical cultures for what they are: foreign, demanding of some effort by the listener to approach them, some understanding. The list simply opts for what meets the Western listener midway. The thing is, in this case, the Qawwali is ruined, there is none of the religious fervour of the original, none of the excitement and spontaneous joy that you get if you ever saw Qawwali live. This is a studio album, Qawwali is not studio music, it is performance music. I would recommend you get some authentic field recordings of Qawwali. In fact I would recommend this instead.
This is still good, but it is so adulterated it annoys the shit out of me.
Track Highlights
1. Allah Hoo Allah Hoo
2. Haq Ali Ali Haq
3. Ali Maula Ali Maula Ali Dam Dam
4. Ni Main Jogi De Naal
Final Grade
8/10
Trivia
From Wikipedia:
Nusrat reached out to Western audiences through his collaborations with Canadian musician, Michael Brook and his work with Pearl Jam lead singer Eddie Vedder in 1995 on the soundtrack to Dead Man Walking. He went on to gain popularity in the West through his contributions to the soundtracks of The Last Temptation of Christ and Natural Born Killers, together with his friendship with Peter Gabriel. Nusrat was unhappy with the use of his vocals on the Natural Born Killers soundtrack, stating that the nature of the film was contrary to the beliefs and the ideals conveyed in his work.

As you see here Nusrat could do it properly as well, takes around 20 minutes to play a song, uses harmoniums, no guitar and only kicks in at 6 minutes 30: