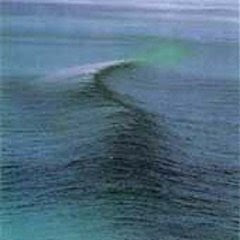 Well here we have some shoegaze, that kind of music that existed just before Grunge and Brit-pop kicked it into oblivion. Thing is I like it generally better than Brit-pop but slightly less than Grunge... So it had its place, as a kind of development of the whole post-punk scene.

Nowhere, by Ride is a more mellow album than the more famous Loveless by My Bloody Valentine, It is, however not as great. There is more of a Smiths/Cure/Byrds influence here, making it more "ballady" and less like the big sprawl of distorted guitars in most Shoegaze albums.

This originality contributes to the fact that Ride does have its own sound, and that's fine. It is not, however, amazingly impressive. Nice enough and all but meh. Yes, meh.

The band name and title, visible in the image of the album, were added for the re-release. Originally the album cover had the band name in raised text in the location of the visible text and a raised album title in the lower right corner.

The album has recently checked in at number 39 on NME's '100 greatest British albums of all-time' list in 2006.

Only 8? ouch. I really love this album, and although it is compared to MBV a lot (they're right next to each other in the book for god sakes), i think it deserves more that just eternal "not as good as Loveless" comparisons. This album is probably a better introduction to shoegaze than Loveless, i mean i've had people hate Loveless on first listen, but really enjoy stuff like Dreams Burn Down from this album.

I really like this album too, although most of my love for it comes from "Polar Bear" and "Vapour Trails".

Actually, now that i think about it I only really like those two songs.

Having said that, I still think you're being a bit hard on shoegaze.

Yeah, maybe I'm a bit hard on shoegaze. The whole thing appeals little to me, it is like much that came before (i.e. JAMC, VU) but to a point of introspective caricature... maybe it's just me.

It's a fair criticism for the majority of bands, but a few of them (Slowdive, Lush, MBV, Chapterhouse to an extent) do manage to break out of it, and owe far more to Brian Eno, Pink Floyd and late-era Can.