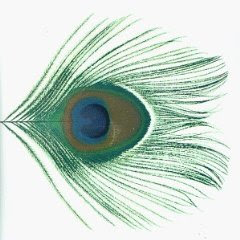 Finally! An album that I actually really enjoyed listening to throughout. It probably says something about the music in the late 90s that it had to be an album which was looking back at the 80s, 70s and 60s which pleased me. The latest run of albums has been so god-damned dreary and non-enjoyable that I was starting to get really tired of this list.

XTC give us an album where the influences of synth-pop, Beatles and Beach Boys meld seamlessly into an album which sounds timeless. Comparisons to the Beach Boys' Surf's Up are in order here, that is how much I liked this. The lyrics are in turn poetic, surreal, angry or funny and all excellent.

The musical use of harmony here is really counter-intuitive for the late 90s. In fact this is so different from what was happening at the time that it sounds original even when it is clearly not. Man are the 90s overrated, at least the 80s had a sense of fun.

1. I'd Like That
2. Easter Theatre
3. River of Orchids
4. Knights in Shinning Karma

It was the first [album] on the band's own Idea Records through Cooking Vinyl (catalogue number COOKCD 172) and distributed in the United States by TVT Records. It reached #42 in the UK.

Man the 90s were chock-full of retro baroque nonsense. What are you on about?

Not on this list they weren't heh. Of course there was plenty of that with Belle and Sebastian, Elliot Smith, Divine Comedy and Mercury Rev for example but XTC are definitely different. Which I figure has a lot to do with their synth-pop past.

That said, chock-full does not mean mainstream in any way. While past decades had much more interesting mainstream musical genres than big beat, nu-metal Mariah Carey and Robbie Williams et al. The later half of the nineties is particularly bad in this respect as Grunge at least had an ethos.

Yeah, the combination of a shoddy pop landscape with shoddy musical selection has left the 90s looking a little sub-par. And not even once did they touch upon the return of swing music!

I think you're being a little too critical of the 90's, seeing as the musical abyss that is the 21st century is around the corner. Besides, you still haven't review the best (and last) album of the 1990's :)

Lachlan you must mean the seventh to last surely.

The 2000s have been wonderful.