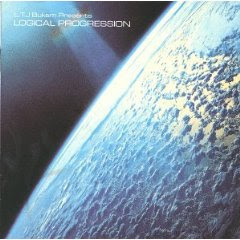 So two album reviews in a day. That can only mean that I can't stand listening to this album any more, so I am getting it out of the way. The reason why I am doing the equivalent to taking this album out back and shooting it in the head are various. First reason would be the length of the fucker, at 140 minutes it is a chore to listen to. Second, even if it was short, it is so bland I wouldn't want to listen to it anyway.

So this is an album lauded as meeting the mainstream audience half-way when it comes to drum 'n' bass. So it is an album which is all about compromise. While Goldie's Timeless was about doing his thing and quite well, this is dumbing down music so it can fit in fancy hairdresser and design shops nicely.

The fact that it is 140 minutes and each track is around the 10 minute mark should show you how the music is produced: by the metre. "Hey we need an extra 5 minutes here" "Just loop it!". Fuck that. Fuck that particularly hard when it makes an album 140 minutes of excruciatingly dull "chillout" music.

It's all pretty much the same, a beat and some chimey ambient sounds in the background, occasionally a voice sample. Take your pick.

Viewed as an innovator in the drum and bass style, LTJ Bukem is known for developing an accessible alternative to that hardcore genre's speedy, assaultive energies.