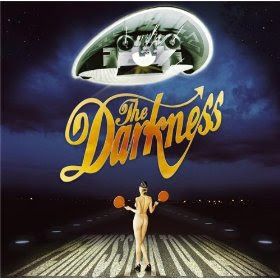 Sometimes the choices on this list confuse me. Why have what really is little more than a novelty comedy album here? Particularly if you are missing This Is Spinal Tap, which did The Darkness before and better?

Well some would argue that The Darkness is more than that, to which I would argue "No it isn't". They might be musically competent but so are Tenacious D for fuck's sake, you don't see them here.

So one of the strangest choices on this list and an album which is mildly fun and retro but which for it's novelty value brings nothing truly new or sustainable to the music scene. So... oh well.

1. I Believe In A Thing Called Love
2. Growing on Me
3. Get Your Hands Off My Woman
4. Love On The Rocks With No Ice

I Believe in a Thing Called Love: