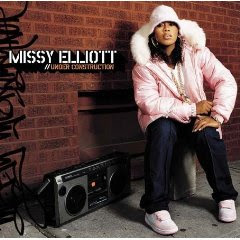 As mainstream hip-hoppers go Missy Elliott has always been one of the most interesting ones. Interesting not just because she is weird, which she is, but because she focuses on subjects which are largely absent from the male dominated musical genre.

Missy explores female concerns and perspectives on the whole hip-hop culture, and she does it very well, never preachy, full of humour and very smart. It is not every rapper who has got a song addressing her own vagina (P***ycat).

Then the sampling is pretty great as well, hard hitting, with hard beats and a slightly old school feel. Another great thing about the album is the way in which it is actually quite confessional, in a couple of tracks, bookending the album Missy explains her vision and her feeling about her work, making the whole thing more personal. Good stuff.

It was primarily produced by Timbaland, with additional production from Craig Brockman, Nisan Stewart, Errol "Poppi" McCalla and Elliott herself.